Valentine’s Day and a Lesson from the Mayans on Balance 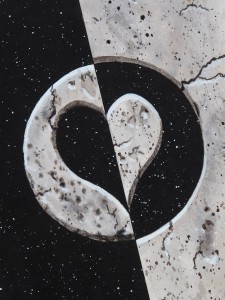 On this Valentine’s Day, we wish you love.

And we wish you Balance. Balance of male and female energies is the way of the New Era. On December 21, 2012, the Mayan calendar did not end. A long Mayan calendar cycle of just over 5,125 years finished and on the next day a new great cycle of 5,125 years began. (You can read Jim’s entire December 21, 2012 Mayan Calendar article by clicking here). The breathtakingly harmonic Mayan calendar works as wheels within wheels within wheels that keep turning. The great cycle that ended on Winter Solstice 2012 began in 3,114 BC and is called the Fourth Sun by the Maya. There were three Suns before the Fourth Sun and now we have entered the Fifth Sun.

The Fourth Sun was governed by male energy. On December 22, 2012 the Fifth Sun was born, a new 5,125 year era that will be governed by a balance of male and female energies. And, it’s about time. We need balance in many aspects of our lives.

This Valentine’s Day, February 14, 2013, has been chosen as a day to highlight a worldwide problem…violence against women. Playwright of “The Vagina Monologues” and author Eve Ensler created One Billion Rising because “One in three women on the planet will be raped or beaten in her lifetime and one billion women violated is an atrocity.” The One Billion Rising Mission says that “One billion women dancing is a revolution”. On 14 February 2013, One Billion Rising invites “ONE BILLION women and those who love them to WALK OUT, DANCE, RISE UP, and DEMAND an end to this violence. ONE BILLION RISING will move the earth, activating women and men across every country”. The organization V-Day wants the world to see our collective strength, our numbers, our solidarity across borders. V-Day is a global movement to end violence against women and girls.

All around the world, including our hometown of Bellingham, WA, women and men are gathering and dancing to support One Billion Rising and demand an end to violence against women. Click here for the Bellingham, WA event.

Review One Billion Rising’s website – http://onebillionrising.org – and read Natalie Gyte’s Huffington Post article, if you like, and come to your own conclusions. There IS a terrible problem with violence against women and children worldwide and any effort to highlight and change that is important and needed. Patriarchal systems may certainly be part of the problem. But blame and anger against men or a system will only get you so far. Looking for differences will only get you so far.

Love…we need more of this. Balance…we need more of this too. We can learn to better love and honor the balance of male and female energies within our self. We can do a better job respecting, valuing, and loving all people just for Being…regardless of gender, race, nationality, occupation, or any other perceived difference. We can do a better job respecting, protecting, and loving animals and all of the beautiful natural elements of our Earth.

We support the message and work of One Billion Rising and thank Eve Ensler and all participating.

Happy Valentine’s Day. We wish you love and balance.