The Souls of Light

ONCE UPON A TIME there were two souls of light who had known each other for a very long time. The two souls of light were the best of friends and they decided to go on a very big adventure in another world. They would go far, far away, to a beautiful green and blue planet, and they would make it like a treasure hunt. 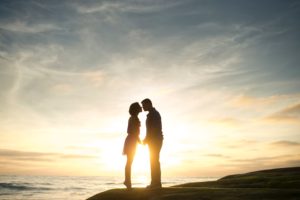 The beautiful green and blue planet the souls of light arrived to could only be landed upon by inhabiting the bodies of newly born beings. Growing pains and intense experiences encountering so many new life forms took much energy and attention from the souls of light. Yet eventually, inexorably, their proximity on the globe that is precious like a pearl grew closer and closer. Finally, in a lush, green place with a crystal city, the two souls of light found each other again and began the profound journey of remembering who they were and why they came there.

With effort and grace, the two souls of light remembered they were cosmic beings. They remembered there was so much more to being than the physical world they inhabited, the thoughts in their minds, and the emotions they felt. The souls of light were glad in their hearts and now knew they would reunite yet again in the distant home that awaited their return.

With this enlightening realization the souls of light decided they were in no hurry whatsoever while they still walked together upon the beautiful green and blue planet that was precious like a pearl. They slowed down to smell the roses and to deeply drink in the nectar of being.

“We came a very, very long way to find each other,” observed the souls of light. And each said to the other, “I have never ever loved you more than I love you right now. Let’s stay here on this precious green and blue planet as long as we can, and then I’ll see you at home, in our heart of hearts of hearts.”