The Passing of Carlos Barrios 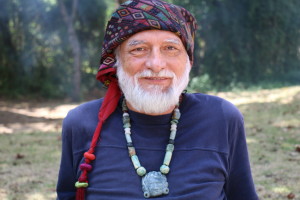 Recently I was saddened to learn of the passing of Carlos Barrios (July 5, 2020), a spiritual guide from the highlands of Guatemala, member of the Council of Mayan Elders, and supporter of indigenous peoples worldwide. Mr. Barrios caught my attention in the early 2000s when his provocative articles about the forthcoming Mayan Calendar date of 21 December 2012 were being published. At that time hysteria and anxiety were already building about what many misconstrued to be the coming end of the world – the end of the Mayan calendar as it was misreported. However, as Mr. Barrios and other Mayan elders explained, this auspicious date actually marked the end of a very long calendar cycle named the 4th Sun, and heralded in a new era, the 5th Sun. Carlos Barrios referred to this period in history as “a time of prophecies.”

When I saw Mr. Barrios speak at the Prophets Conference in Palm Springs in 2004, he did not mince words about what the Web of Life is up against. He said that the dark forces are very organized; they know exactly what they want and they compromise to achieve it. He said that the light forces all have their own ideas and are not organized in order to be strong. The light ones pick and choose from traditions but need to honor the whole tradition. Mr. Barrios said that the dark forces will destroy all humanity and the environment before sharing any power and that the only thing the elders ask is that we take action. “We need to stop the destruction of the environment in a big way,” he stated. Mr. Barrios respectfully challenged to ask ourselves each day, “Am I doing the best to work for change, to plant a seed of consciousness in others?” He reminded us that in each period of history, it was very few who sparked the cooperation of many to make positive change. Our weapons, he said, are our love, our heart, and our mind.
One of the most important books in my life continues to be The Book of Destiny: Unlocking the Secrets of the Ancients Mayans and the Prophecy of 2012, completed by Mr. Barrios in 2009. Written at the request of the Mayan elders, The Book of Destiny “is a tool to help people understand their life purpose and to use this profound knowledge to make the best of their time on earth.” Providing a space for the reader to place their existence within the context of an ancient tradition, it gives much guidance and inspiration for the earnest seeker who wants to find their place in the world.
So many of us on this good Earth have been blessed by the presence of Carlos Barrios. I wish his family and his community in the Mayalands the highest blessings as humanity moves further into the 5th Sun, the new era where we remember we are cosmic beings, living in a beautiful world, with love and harmony in our hearts.
~ James K. Papp ~ Carlos Barrios’ work continues. Visit http://sacredroad.org for more information.
From their site:
“Saq’ Be’: Organization for Mayan and Indigenous Spiritual Studies serves to surface the deep wisdom from ancient lineages into our modern world through stories, teachings and other sharings, both online and in person. We support efforts to grow the continued vibrancy of such traditions. By drawing upon, in an appropriate manner, the deep wealth of knowledge and wisdom developed and kept alive by Indigenous cultures, we can shift our understanding of our role in the universe and move towards regenerating and reintegrating ourselves and our communities, creating a better world for future generations.

Saq’ Be’ (pronounced sock bay) is a Mayan term referring to the white/sacred road, the Milky Way and the spiritual path of one’s life.

The organization was formed at the turn of the 21st century at the request of Mayan elders in Guatemala.  Based in Santa Fe, NM, Saq’ Be’ continues to play a role in respectfully facilitating the integration of the knowledge and wisdom of ancient lineages into the modern world while supporting those that maintain the living traditions in their homelands.  Our work has focused primarily on Mayan lineages from the highlands of Guatemala, and has also included support for traditions from the Ecuadorian Amazon, Peruvian Andes, Colombian Sierra Nevada, and various communities in the US.  As a 501(c)3 tax-exempt organization, these efforts have been and continue to be sustained by the generous donations of our supporters.”