It is Better to Pray for Peace 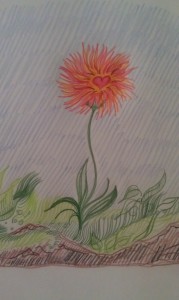 Please join Pope Francis’ call
for a Worldwide Day of Prayer
for Peace in Syria –
September 7, 2013

If you like, you can listen to
The Shift Network’s free prayer meditation
at 12:00 noon PT/3:00 p.m. ET
http://theshiftnetwork.com/PrayerForSyria
More information below.

Sept. 7, 2103 ~ I am choosing to take time today to be in quiet prayer and fasting for Peace for Syria and all. I won’t fast all day…and you can choose to follow Pope Francis’ call for a full day of fasting and prayer for Peace…or modify, as you need. I was reminded, in my morning meditation, that Peace always begins with me. I feel my Peaceful Heart…Peaceful Mind…Peaceful Spirit…Peaceful Thoughts…Peaceful Words…Peaceful Deeds…Every Peaceful Cell in my Body Radiating Peace throughout me…and out into our big, beautiful Earth and Universe. I see and feel Peace for all Beings…for You…for all in Syria, Egypt, every country in the world, and for the U.S…the people of the U.S., President Obama, all members of Congress and Senate, all in government, and for all leaders around the world. We want and need Peace. And so it is. Peace.

War, Peace, & a “Sex Strike” was my original post but, over a few days, I changed my feelings and my mind.

I wrote the original post below after watching and reading too much TV and Internet news about the tragedies in Syria. I was furious about President Obama’s reaction to the situation in Syria as he was talking about taking military action. The media’s crazy, fear-based, war-mongering sensational stories made me even more upset. I was frustrated and got caught up in the negative thinking and it threw me off center…for a day or two. Then, I turned off the news and stopped reading the stories online. I spent some time in quiet and prayer and listened to my heart. I realized it was better to focus on Peace and envision that for all people in Syria and all beings around the world. Read on for the original and updated posts.

What if women around the world went on a “sex strike” until men stopped fighting and wars?

About ten years ago, our friend Drue Robinson wrote an updated version of the Greek play Lysistrata. Drue is an incredibly talented writer and director and the founder and artistic director of the Bellingham Children’s Theatre based in Bellingham, Washington state.

Lysistrata: A Woman’s Translation is the only modern adaptation of Aristophanes’ classic comedy written entirely in rhyme. Lysistrata, an Athenian woman fed up with war, rallies together the women of Greece to seize the Treasury, stage a sex strike, and force the men of each warring faction to come home and sign a truce. The play is fast-paced and memorable culminating with the Chorus of Old Men and Chorus of Old Women squaring off in a hilarious battle of wits and guts, ultimately resulting in a reunion of genders, ages, and political positions.

What do you think, Women and Men of the World? Would a “sex strike” stop the fighting and wars? Perhaps it is worth a try.

Over the past ten years, hundreds of theater groups throughout the U.S., Canada, and Australia did readings or performances of Drue’s Lysistrata play. To read or order Drue Robinson’s Lysistrata: A Woman’s Translation < click there. More about the fabulous work Drue does at Bellingham Children Theatre.

We envision and pray for Peace and Love for all Beings everywhere.

I wrote the above post above after watching and reading too much TV and Internet news about the tragedies in Syria. I was furious about President Obama’s reaction to the situation in Syria as he was talking about taking military action. The media’s crazy, fear-based, war-mongering sensational stories made me even more upset. I was frustrated and got caught up in the negative thinking and it threw me off center…for a day or two. Then, I turned off the news and stopped reading the stories online. I realized it was better to focus on Peace and envision that for all people in Syria and all beings around the world.

Please join Neale Donald Walsch, Marianne Williamson, and people all around the world in the Global Collective Prayer Initiative, Monday, September 2, at 16:00 GMT. (Keep reading for more information about the September 7 Prayer Vigil for Peace.) We will pray solidly and intentionally for ten minutes that the U.S. will not launch air strikes on Syria, and that the larger Syrian conflict may end, at last, with peace and harmony prevailing.

Thank you to Neale Donald Walsch:

IT IS TIME NOW TO PRAY.
All Together and for the Same Thing.

by Neale Donald Walsch – www.theglobalconversation.com
August 31, 2013
So now it has begun.

Another escalation in international tensions is upon us as a result of the alleged use of chemical weapons by the government of Syria on its own people, and the possible response of the United States of pinpoint missile strikes against strategic military targets in Syria.

President Obama announced Saturday (Aug 31) that he would not order an intervention in Syria by the U.S. without approval in a vote by Congress. That body is not due to return from its summer recess until September 9 — but it could be called back into session by its leadership on a moment’s notice. It is unclear at this stage how much of a reprieve the world has from the threat of a U.S. military intervention in Syria.

Members of the vast spiritual communities that are spread across our planet are asking today: What can we do? In the face of the possibility of this latest and seemingly never-ending use of violence in the name of bringing an end to violence, what can we do?

The answer is that we now have to use, intently and with passionate and mighty focus, the most powerful force in the Universe — a force more powerful, even, than all the missiles and all the bombs and all the chemical weapons in all the arsenals of all the military establishments of all the governments of the world.

I believe the prayer of the day should be that Congress votes against a military intervention — even a limited, air-power-only intervention — by the United States. The reasons for my belief are found in the lengthier commentary in the news article to the lower left of this website’s Home Page, under the column title Interpreting Conversations with God.

I hope you will read that article at once, and then I hope you will join me and Marianne Williamson in the Global Collective Prayer Initiative, Monday, September 2, at 16:00 GMT (that is 9 a.m. Pacific Time). We will pray solidly and intentionally for ten minutes that the U.S. will not launch air strikes on Syria, and that the larger Syrian conflict may end, at last, with peace and harmony prevailing.

The calls and prayers for Peace continue…

“War never again! Never again war!,” Francis declared Sunday in an Angelus address.Denouncing the use of chemical weapons in Syria, the pope referred to looming “dramatic developments” facing the country and said, “I appeal strongly for peace, an appeal which arises from deep within me.”

In his address, Francis also called for a global day of prayer and fasting on Sept. 7, the vigil of the birth of Mary, the “queen of peace,” he remarked, to pray for Syria and the Middle East.

Without mentioning the United States, Francis said Sunday that he “exhort[s] the international community to make every effort to promote clear proposals for peace in that country without further delay, a peace based on dialogue and negotiation, for the good of the entire Syrian people.”

“Never has the use of violence brought peace in its wake,” the pontiff added. “War begets war, violence begets violence.”

From: Stephen Dinan, The Shift Network

If you’re like me, your heart is pained over the war in Syria. It’s vital that we seek the highest transformation in this situation for the good of all beings. That’s why we’re inviting you to a special Prayer Call tomorrow:

The violence in Syria is heartbreaking as women, children and elderly alike are dying and over 2 million people are now refugees. It is time for people around the world to stand together and appeal to the leaders of all factions to seek nonviolent solutions.

His Holiness Pope Francis announced he would lead a worldwide day of fasting and prayer for peace in Syria on Sept. 7. In solidarity with His Holiness, people of all spiritual traditions are invited to join in a Prayer for Syria. Your heartfelt participation, together with people around the world, will help create a unified call for peace, leveraging our collective spiritual power.

Please join us in the collective power of prayer.