On December 21, Jupiter and Saturn will align in what appears to be a union that has not been witnessed in roughly 800 years. Astronomers are calling it the great conjunction of 2020. Look for these two heavenly bodies in the South-Southwestern sky an hour after sunset.

“The last time Jupiter and Saturn were this close together away from the Sun was in 1226 A.D., at a time when Genghis Khan was conquering large swaths of Asia, and Europe was still generations away from the Renaissance,” says Eric Betz at Astronomy.com. “The two largest planets in our solar system will appear to almost merge in Earth’s night sky.” 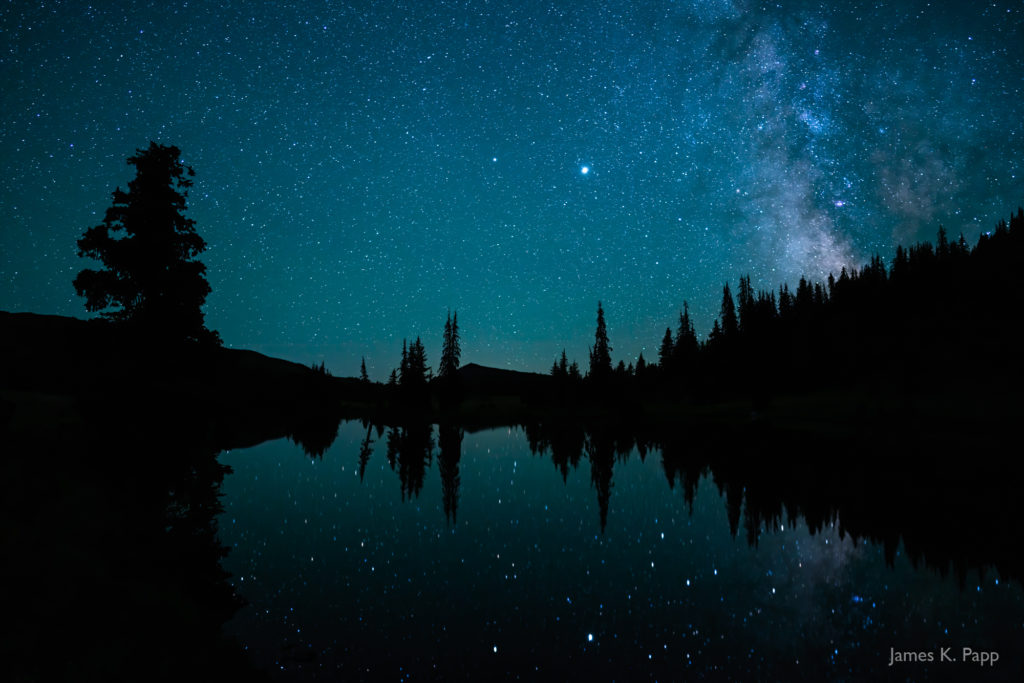 Jupiter and Saturn will be aligning in the astrological sign of Aquarius. It is said this is a time for the revelation of truth and the expansion of consciousness.

Ra James, healer and psychic, says now is a powerful time for “clearing the past so that we can more fully step into our future.”

Some astronomers have theorized the “Star of Bethlehem” could have been a rare conjunction of Jupiter and Saturn. 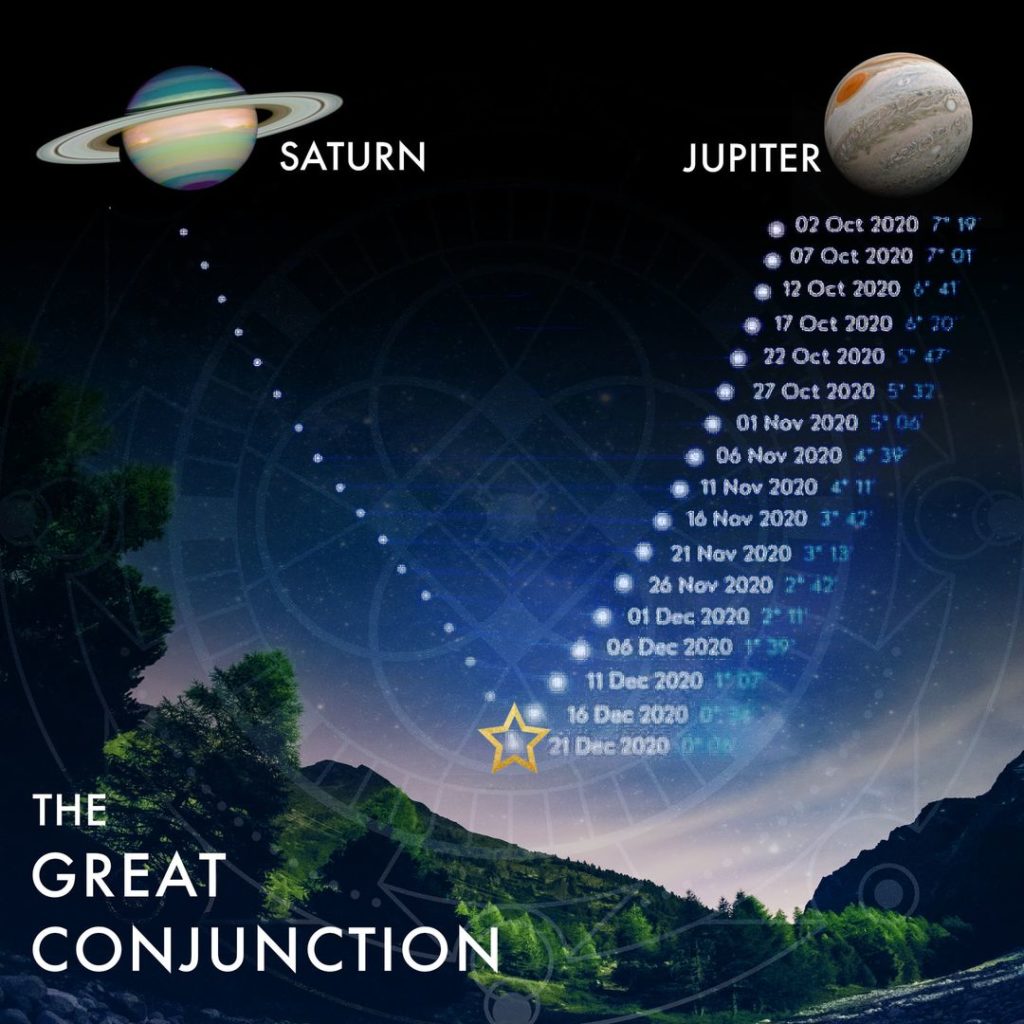 When thousands of people come together with a single intention of creating a more loving, peaceful planet, we magnify each other’s energy and can collectively speed up the process.

Pars Kutay, co-founder and CEO at Bioplast by BioEnzyme Technologies, has put the call out for us all to join in and be part of a massive worldwide healing chain reaction on December 21. The global meditation will take place on December 21st at 10:22 a.m. PST (Seattle time). You can check the time of the meditation for your time zone on this link.

“We are using the opportunity of the powerful Jupiter Saturn great conjunction on December 21st to create a Portal through which we will Unify our Consciousness and trigger the process that will lead us into the Age of Aquarius,” Pars says. “The purpose of the whole 2020 Age of Aquarius Timeline Stargate is to stabilize the Age of Aquarius Positive Timeline for the planet.

Twenty minutes is the suggested time for the shared global meditation. You can choose to be guided by the steps for the mediation which can be found at the end of Pars’ post here. Or, of course, meditate or pray for Peace and Love for yourself and all beings in the way that feels best for you.

In Australia, the December 2020 prophecy is that the ‘Magic Box’ of crystals placed inside Uluru are ready to be activated on the Solstice December 21 at 9.04 p.m. Northern Territory Time Australia. (That’s 3:34 a.m. PST on December 21 Seattle time or 6:34 a.m. EST.)

For this activation to take place, Evenstar Creations says at least two hundred thousand people pure of heart are needed to activate the crystals. There will be 12 elders at Uluru on the outside and those inside the rock as well.

No matter where we are in the world if we face Uluru at the same time to send our Love and divine energies to the activation it will occur. The energy will then go to five sacred sites in Australia and then to one site in New Zealand. Then it will spread to the world. 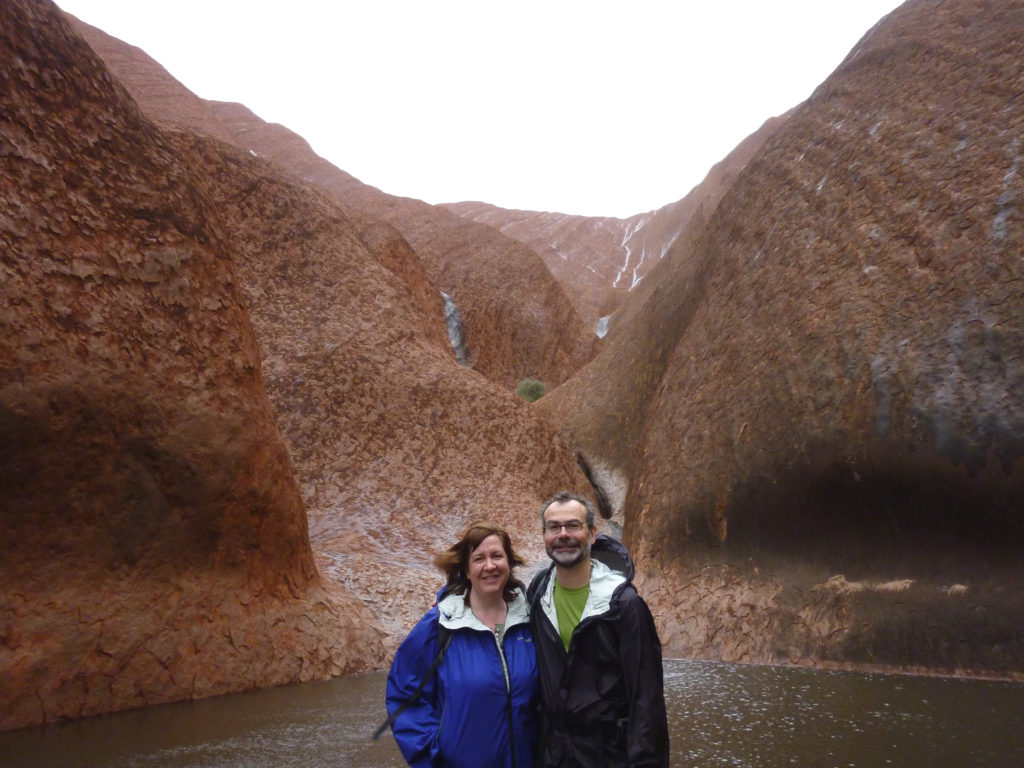 Lisa and James at Uluru.

James and Lisa were so grateful to journey to Australia and New Zealand in 2009. Lisa had always been drawn to visit Oz, that “Sunburned Country” (from a book by Bill Bryson), and learn more about the indigenous Aboriginal people and culture. In addition to exploring Sydney and attending an Australian National Ballet performance in the Sydney Opera House, and meeting Australian cousin Jane, James and Lisa stayed at Uluru (Ayres Rock) for 4 days.

Lisa recounts: “We visited and communed with Uluru multiple times and also trekked around Kata Tjuta, another unique rock formation area. We’d get up early, before the 100+ degrees F afternoon heat, to go on walkabout around Uluru (6 1/2 miles around). We took a dot painting workshop with an Aboriginal woman at the Cultural Centre. Mostly we loved soaking up the pow 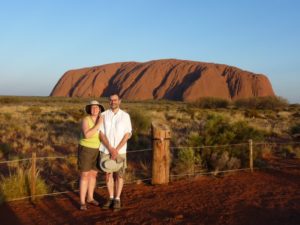 erful energies of the majestic and magical red rock formation that is Uluru. We were at Uluru during a thunder, rain, and lightning storm… a once or twice a year occurrence there. At one point, James said to me, “It’s pretty amazing when your wife wants to go on a trip to see a giant rock in the desert.”

Even if you’ve never visited Uluru… perhaps you can sense that it is a powerful and magical place. It is fitting that people are gathering at Uluru and around the world this Solstice 2020 in prayer and ceremony for more Love and Peace for Mother Earth and us all.

Just as New Moons are powerful times to plant seeds and ideas and to start new projects, Winter Solstice in the northern hemisphere is also a perfect time to plant in your soul what you want for the new year. We will be planting seeds of Love.

We’d love to hear about your solstice experience if you decide to join in one (or both) of the December 21 global meditations or do something of your own creation. If you would like to share a little bit, you can add a comment below or share on our Facebook page on the December 21 Global Meditation post.

Thank you and blessings to you and yours on this solstice and beyond!

A live stream of The Great Conjunction can be viewed online courtesy of Lowell Observatory on Monday, December 21, 2020 at 5 p.m. MST.